Feature: Hope Chicago’s Gift of Education for the South Side 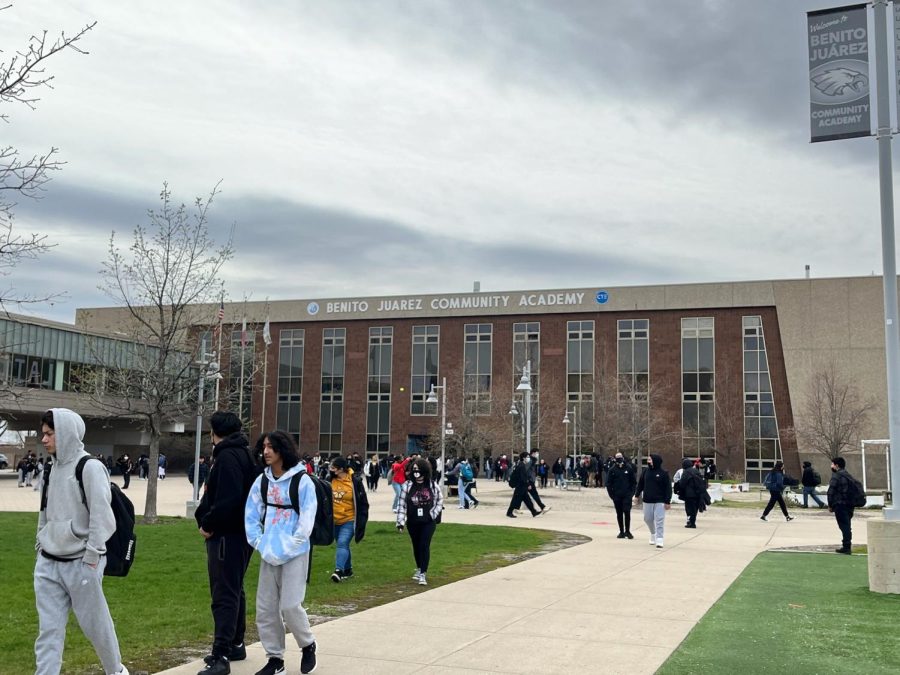 Raul Salinas sat down in the auditorium of Benito Juarez Community Academy with the rest of the senior class on Tuesday, February 22 for what he thought would be “just another regular assembly.” Salinas was surprised by the entrance of Ted Koenig, co-founder and chairman of Hope Chicago.

Koening made an announcement that would change the lives of the Benito Juarez students: Hope Chicago would cover the entire cost of their college education. What’s more, the non-profit organization would also pay for their parents to head back to college.

In fact, over 4,000 Chicago high school students across four different schools were shocked by the announcement that they could attend college with all expenses paid. Students at Benito Juarez Community Academy in Pilsen, as well as Farragut Career Academy High School in Little Village, Al Raby School for Community and Environment in West Garfield Park, and Morgan Park High School in Englewood can now choose among twenty colleges partnered with Hope Chicago to attend free of expenses.

The schools are located in neighborhoods with higher poverty rates such as Englewood, where 46.6% of households lie below the poverty line, compared to Edison Park with 3.3% below the poverty level, according to the Chicago Data Portal.

“We didn’t believe it when it was first announced, none of us knew how to react,” says Salinas.

The scholarship includes full tuition, along with a room and meal plan. At UIC, for instance, the estimated tuition per year is $18,000. Combine that with the price for housing and meal plan, which is just under $14,000, for a total of $128,000 per student over four years.

“We were lucky, we grew up in an area where going to college was a given. For most inner city kids, going to college isn’t such a given, it’s a dream,” Koenig said in an interview with WGN News.

What makes this scholarship award particularly generous is the opportunity for the parents of students in these neighborhoods to go back to school free of expenses as well. “If I can somehow manage my work schedule around it, I’d love to give school another try,” says Esperanza Salinas, the mother of Raul Salinas, who has been managing the Rio Valley neighborhood grocery store for 11 years. “I would study to get a job as an accountant,” she says.

Hope Chicago hopes to tackle what Koenig called the city’s “intractable” issue of unequal opportunity. “In this country, if you are born in the lowest quintile of income, there is only a 7% chance you can reach the highest quintile in your lifetime,” said Pete Kadens, the co-founder of Hope Chicago, in the same WGN interview. Kadens added that the average life expectancy of a south side of Chicago resident is 59 years, compared to the north side’s 89 years, a 30-year longevity gap.

Hope Chicago has plans to provide support to students throughout their college journeys in order to overcome struggles that aren’t financial. “Money alone is not the answer, other people have tried to give money and it doesn’t work, kids don’t finish school because life gets in the way,” Koenig said. “We do plan to invest in providing wrap-around services for these children so that they can get through school and deal with issues apart from funding.”