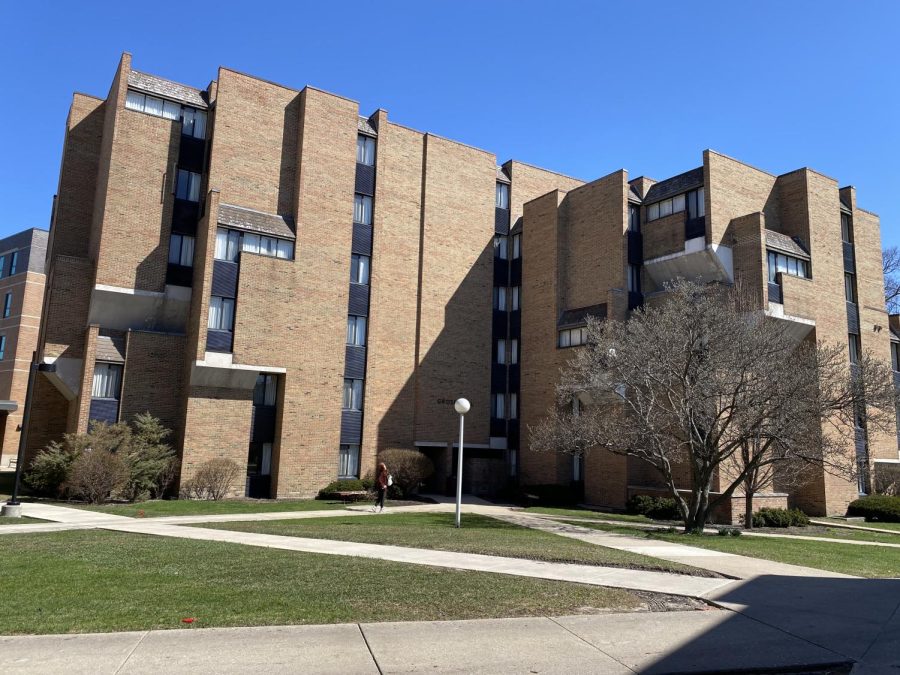 Concordia University Chicago’s six-story residence building, Gross Hall, will be demolished by the end of the 2022 Spring semester. After 50 years of life, the demolition of the building will make way for a new use of the space that CUC has not yet announced.

“Gross Hall was built in 1969 and named in memory of the Gross family,” said CUC president Russell Dawn, D.Phil., by email. “Dr. Herbert Gross was a longtime Concordia faculty member, serving as a professor of geography from 1940 to 1976, and editor of the Lutheran Education Journal. In 1925, when Dr. Gross was an undergraduate, he and fellow student G.E. Rast founded the Spectator student newspaper.”

During Gross’s time teaching, the CUC campus was rapidly growing. Gross Hall was designed to house 206 students, however, “for many years it was a female-only residence hall,” said associate vice president of operations Glen Steiner.

Several current students expressed a need for something new in the place of Gross Hall, but also noted some of its enticing features. “I have never lived there, but it’s nostalgic,” said junior Brynn Beetow.

“I kinda like the lounge, that area is dope, said junior Justin Aduo. “They have air conditioning, too, which is nice in the spring and summer.”

Gross Hall has six floors, each with two or three clusters of six double rooms. The dorm rooms, which do not have their own showers, sinks, or toilets, surround a communal bathroom that is placed in the center of the cluster, next to a lounge area.

The design was intended to break away from the classic dorm style. Each other residential hall at CUC is set up with dorm rooms placed on either side of a long hallway. Gross Hall was also built on an angle, which had never been done on this campus.

This uniquely built structure did not last. “During the period of time that it was constructed, there was a national trend to build quickly and not use the highest quality materials to reduce cost, which shortened the lifespan of the building,” said Steiner.

Since 2021, Gross Hall has primarily served as a space to quarantine students who had contracted COVID-19.

There are no immediate plans for a new building to replace Gross Hall. After demolition, the area will be used for additional green space.

CUC plans to release further information about the future of the former Gross Hall space at the end of this semester. “Later this year, the University will share details of its new Campus Master Plan, which sets out an ambitious and exciting 20-year plan to redevelop our River Forest campus,” Steiner said.

This project will set the stage for future opportunities as Concordia looks to improve the student experience and reinvest in campus facilities.