Up for Debate: CUC Brings a New Debate Program 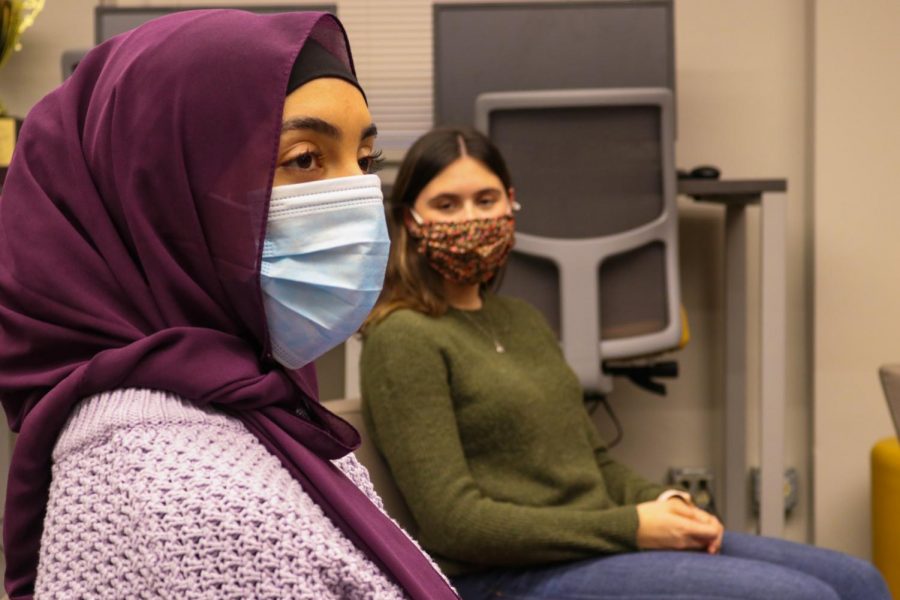 The 2022 spring semester could see the creation of a new debate program for undergrad students at Concordia University Chicago.

CUC career counselor David Vasquez will start a “forensics” program, which aims to hone students’ critical thinking, communication, and research skills through competitive debate. Students in the program will test their debate chops in city-wide or nationwide tournaments, possibly within the next few months.

Vasquez hopes to recruit CUC students from a variety of academic programs to participate in the competitions. “I’m looking for any and every major,” said Vasquez. “I believe every single major interacts with and complements itself in debate in some way.”

The term “forensics” refers to how debaters find information to support their arguments. “It’s based on that way of using evidence that you’ve found, similar to investigators of a crime, but now you use it through rhetoric and the way you speak,” said Vasquez.

Junior Zahra Sammour saw posters promoting the new forensics program around campus, which brought back old memories of the excitement she felt while participating in debate in high school. “I really want to experience that debate ‘high’ again and to also be able to speak in front of people about something I generally care about,” said Sammour.

The forensics competitions will take the form of one of two different styles of debate: Lincoln Douglas and Parliamentary.

A Lincoln Douglas debate pits two speakers against each other. The debaters present a formalized argumentative case study on a topic set by the National Forensic Association, such as foreign policy or law enforcement reform. Each speaker also has time to rebut their opponent’s position.

The Parliamentary style, on the other hand, is a team competition governed by the National Parliamentary Debate Association. Two pairs of students face off, with 20 to 30 minutes to make their argument and refute the opposition’s side on a unique debate topic that is provided at the beginning of the round.

In both debate styles, a panel of judges scores the participants on how they speak along with the effectiveness of their argument.

“I am excited to learn about and research current events and topics so that I can be educated when deciding my own personal opinion on these issues that really matter to our society today,” said freshman Nadia Beadle. Beadle, who is studying Lutheran teacher education and social sciences, believes that being apart of this will help her to learn “how to craft well-reasoned arguments with good public speaking skills.”