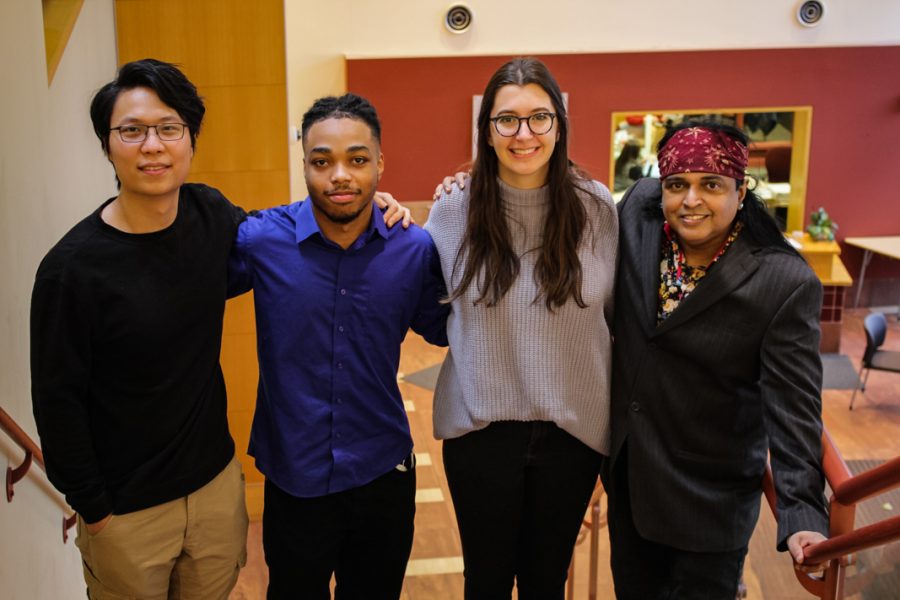 Students in Concordia University Chicago’s computer science program took yet another first place ranking in 2021 IEEEXtreme Chicago competition on Oct. 24 – the team’s sixth  top finish among area universities in the past seven years.

The Institute of Electrical and Electronic Engineers (IEEE), one of the largest professional organizations in the world, hosts many coding competitions throughout the year. Their largest event is IEEEXtreme, which is a 24-hour computer coding challenge where competitors create programs according to a series of prompts or directives.

Among Chicago universities, CUC students have remained dominant recently, earning a top 10 U.S. ranking for the past three years and currently sitting in the top 300 out of more than 5,500 teams worldwide.

Students in CUC’s computer science major are required to compete annually, participating in teams made up of as many as three programmers. Each year, one group out of the eight teams that enter the competition from CUC is designated as the top team. This year’s top team, dubbed the “CUCBatKnights,” included Ashley Kennedy, Haotai Qi, and Jesse Broxton.

“For me it’s fun, because you get to sit for 24 hours with like-minded people,” said senior Joseph Sivits, who competed this year with the “CUCBatImmortals.” Sivits said he brought a very “relaxed approach” to his fourth year in the IEEE competition. “The CS program is very much a family,” said Sivits.

Senior Ashley Kennedy is CUC’s first woman to compete on the top team. “It’s kind of a lot of pressure because you want to prove yourself, and so it was a little more stress added to the competition,” Kennedy said. “I think it’s just hard to pull girls into this section of the STEM field, but the friends I’ve made here truly feel like a family.”

For the 2021 event, the CUCBatKnights had to work through 26 separate coding problems that were distributed to them over the the 24-hour period. These problems would feature aspects of different computer programming languages and concepts through games.

In a problem called Squad Game, for example, CUC coders were tasked to code an “arena” in which players fight to control areas. Problems like the Squad Game were scored based on correct programming, along with difficulty level of the problem.

“I don’t think that I’ve forced myself to stay up a full 24 hours before,” said senior Christian Solis. “It’s like math, where if you don’t know something, it can be stressful, but you’re also learning throughout the whole thing that makes it fun.” Solis has participated all four years he’s been at CUC and plans to participate in other upcoming coding competitions.

This article has been updated and corrected.