Kayla McCloud ’21 is Latest Alum to Work at CUC 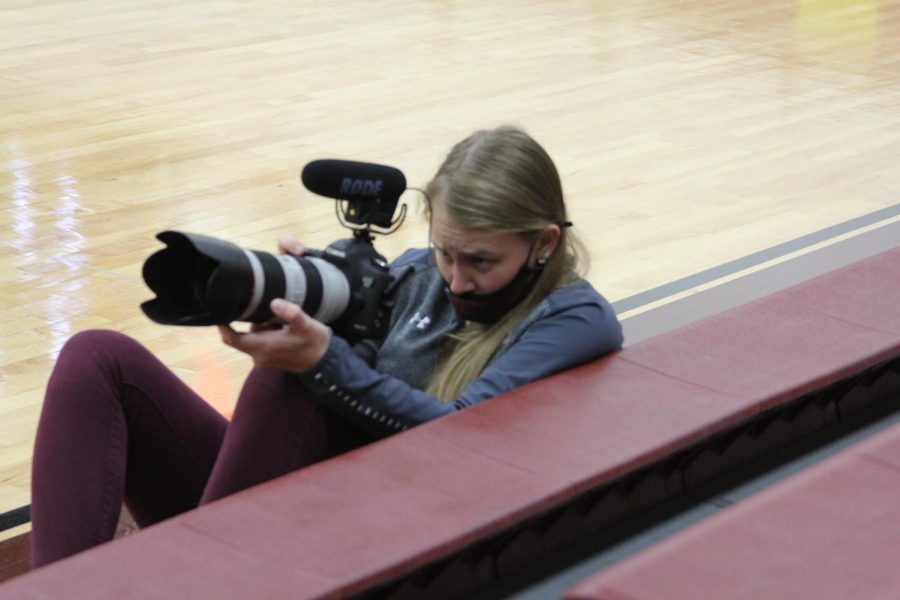 After donning cap and gown in May 2021 with a bachelor of arts degree from Concordia University Chicago, McCloud started her first post-college job at Illinois State University.

At ISU, McCloud contributed to social media efforts for multiple Redbird teams. Yet she still felt connected to CUC.

“I would say the main reason I came back is to have my sense of home again,” said McCloud. “The people at CUC helped form me into the young adult I am today, and being back with these people feels like home.”

McCloud is just one of over a hundred CUC alumni to serve on staff. She is joined by former Cougar alum C.J. Selnar ’15, who in October returned as the director of athletic communications.

“When I got the job coming back here, she was the first person I called about the assistant role,” said Selnar.

As a student, McCloud was a member of the women’s basketball program for three years where she played a pivotal role on and off the court. After netting 16 points during the 2018 to 2019 season, McCloud suffered an injury that prevented her from returning to the court. For the following two seasons, she served as a student manager for the team.

McCloud also served on the Student-Athlete Advisory Council (SAAC), wrote articles for The Spectator, and chaired the Mental Matters group which promoted the importance of mental health among student-athletes.

During her stint at ISU, McCloud gained experience working with a successful Division I athletic program. “I have also learned a lot about connections and networking,” said McCloud. “I definitely know now that is a bigger part of my job than I would have previously thought.”

McCloud also believes that knowledge will help her now at CUC. “At ISU, everyone worked in their own department,” said McCloud. “At CUC, I have the ability to do more than just one thing.”

Assistant athletic director Janet Wolbert had also previously worked with McCloud. “She was one of those students that I had a lot of conversations with during her time as a student,” said Wolbert. “Our relationship is just a good one.”

Wolbert is excited about the skills McCloud will bring to the athletic communications department. “She was a very solid student-worker for us,” said Wolbert. “There were often times last year where I forgot she was even a student when she was working with us.”

The athletic communications department maintains the cucougars.com website, runs livestreams for athletic events, manages the teams’ social media accounts and tracks athlete statistics. “We want to build a brand that people recognize by doing it with the stuff that we can control,” said Selnar. “We can maximize that by our work ethic and belief.”

McCloud is eager to contribute to her alma mater. “I think all of us know exactly what direction we want to head,” she said.