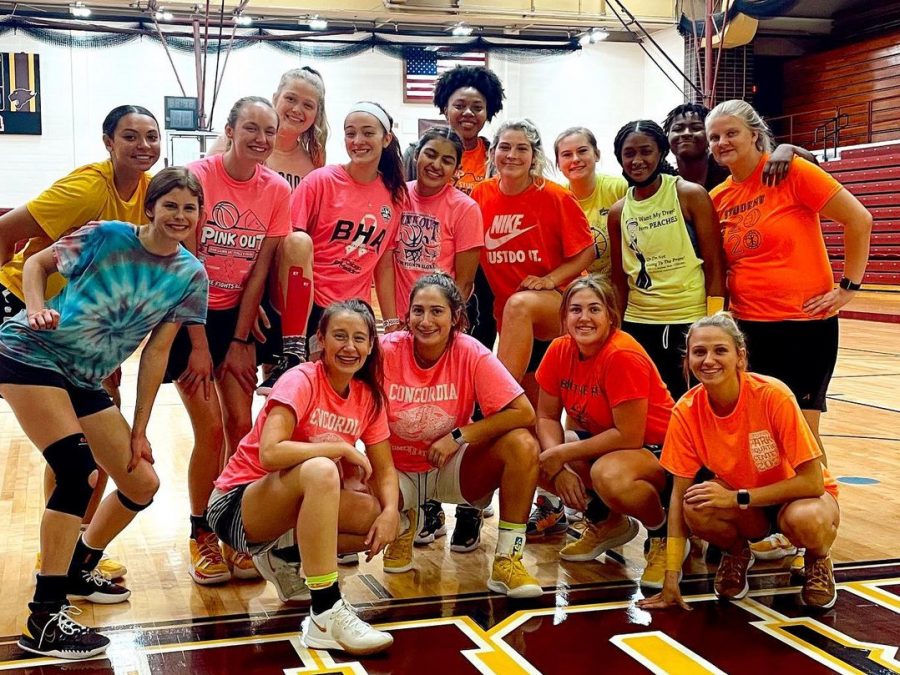 After a shortened 11-game Spring season, the Concordia University Chicago women’s basketball team is anxiously awaiting their return to the court.

The Cougars’ roster for the 2021 to 2022 season is filled with many experienced veterans, including junior guards Bailey Steinkamp and Jaylene Wade, along with fifth year senior guard Sarah Ludwig.

“For me, being a fifth year senior, I really want to take the younger players under my wing,” said Ludwig. “I also want to show them what it means to be a team player.”

Veteran leadership will be a key factor for the Cougars since this year’s recruiting class brings in nine freshmen athletes. “This is an interesting recruiting class,” Martin said. “Had you not seen them in their junior year, or prior, a lot of the stuff our coaching staff did with them had to be virtual. It will be really cool to be able to coach them and see them play in person when we get started on October 15.”

Sophomore Kate Johnson described one aspect of the team’s strategy. “A big goal of ours is not to lose on our home court,” said Johnson. “We want to protect our home court, and so forth, as we are playing in front of our fans.”

Due to a short-handed roster last season, the Cougars were forced to go deep into their bench give a higher than usual volume of minutes to that season’s freshman players. However, the Cougars feel that the challenges presented by COVID-19 have helped them to not only grow as a team, but to develop more confidence as well.

Sophomore guard Emily Balaban feels that her confidence has made a massive jump from year one to year two. “Being a freshman playing college basketball straight out of high school is obviously a big difference,” said Balaban. “Now I feel that I am more adapted to the pace of the game, and I have more confidence in myself as a player.”