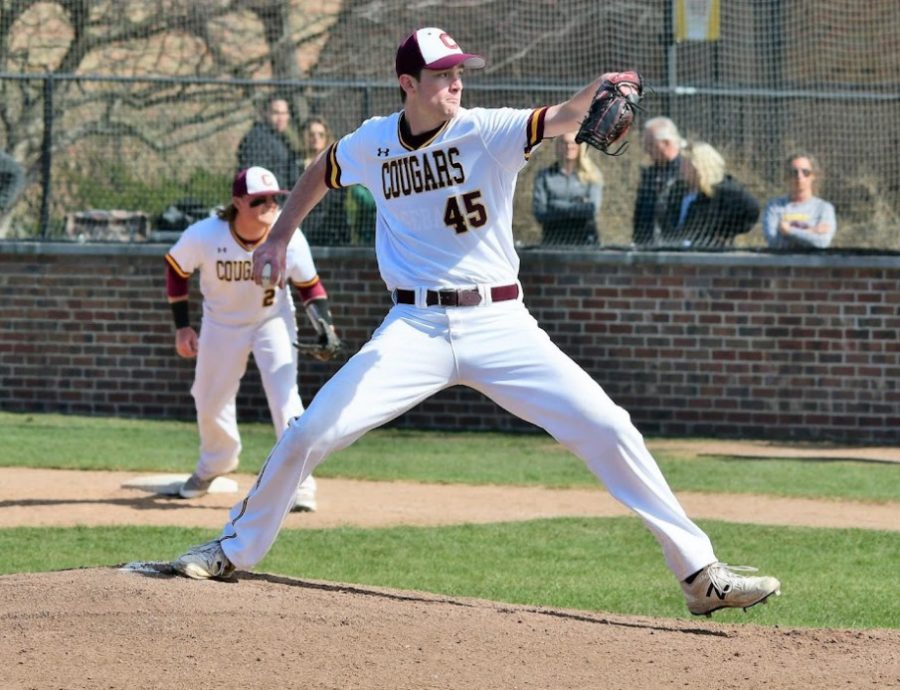 In March 2020, as the coronavirus was taking the world by storm, Concordia’s baseball team found themselves in Florida competing in an eight-game series.

With two games remaining, the team learned that there would be no more baseball upon returning home, and prepared to honor their seniors. According to now-senior pitcher Cole Carman, it turned into a much more emotional day than anyone had expected.

All six seniors appeared in their final game, the team wanting to send them out on a positive note. One of Carman’s favorite moments came towards the end of the game. “Matt was one strike away from getting out, and fouled one off, and the pitcher said something to him, and he said, ‘Take it easy on me kid, it’s my last at-bat,’” Carman recalled. “The pitcher told Matt he’d give him a fastball down the middle, and he hit it over the wall. It was pretty special.”

With sports seasons abruptly canceled, NCAA athletes were granted an extra year of eligibility if they chose to stay and play one more season. Unfortunately, since most seniors were already close to graduation and had post-graduate jobs lined up, they were unable to utilize the extra year. Yet Carman, a junior last season, found an opportunity to play an extra season of baseball and take a fifth year at Concordia.

Carman is among a handful of other CUC athletes who are taking advantage of this opportunity to play a full four seasons.

It was a simple decision, Carman said, as his parents pushed him towards staying for another season and “not to grow up too quick.” A sport and fitness major with a minor in coaching, he was originally set to graduate in December of 2021, and figured that taking an extra semester would not only lighten his senior course load, but would also grant him the lost season.

He also appreciates an extra season as it puts his mind at ease through the unknown circumstances that still exist through the 2021 season. “I would for sure be more nervous if this was my last season, and two years is nice to know I’ve got more time as we work our way through all this,” Carman said. “With that being said, it doesn’t take away any focus for this season, and our priorities are still on this year.” He certainly hopes everything doesn’t end the way last season did, but an extra cushion helps him stay focused on his future with the team.

Concordia’s baseball team opens the 2021 season as a team with limited experience, due to last season’s freshmen not playing a full season. Still, Carman remains optimistic. “We have a lot of really young guys, a lot of guys last season were first year starters for us, and they are all super, super talented,” he said.

He also talked about the learning curve that the sophomores and juniors will now have to take on, and that “all those guys from last year are going to be expected to start and be leaders because they’ve played for us before, even if it’s only 10 games of experience.” Carman expects his team to be ready to take on that challenge, and is excited for his final two seasons with the team.

Concordia baseball competes their next game on Wednesday, March 17 at Wheaton College at 5 p.m.