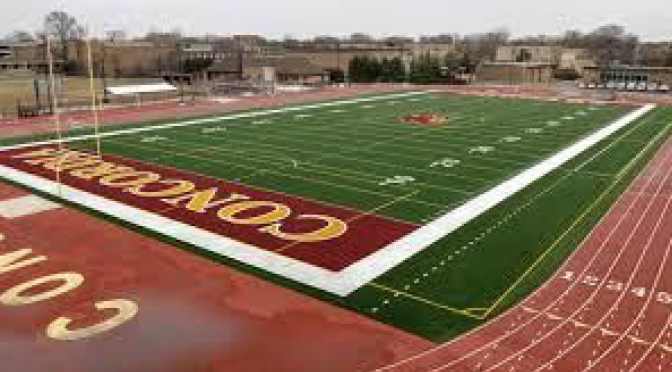 Concordia University Chicago (CUC) has announced that the rest of the spring semester of 2020 will be completed online as campus is now shut down for the majority of CUC students. The graduation ceremony for the graduating class of 2020 has been postponed as well. This leaves a lot of questions for the students of CUC. How is the fall semester of 2020 looking? How will we be learning in the future? Will we be back on campus? And finally, will we be participating in the sports that we love with the people we have strong bonds with?

For Concordia University Chicago, all of this is a reality check that seems too hard to truly understand. The NCAA has announced some of its plans on returning back to schedule in September. Professional doctors across the country have been vehemently vocal on the dangers of large gatherings in public places during the COVID-19 pandemic. Concerts, school, and sports gatherings are the three that face the biggest consequences. Concerts are being cancelled, schools are learning digitally online, and sports leagues across the world have been postponed with a chance to come back but without any fans.

As previously mentioned before, the NCAA has laid some of the groundwork for their plans and how they’re going to return to the national spotlight. Some suggest to postpone the start of fall sports in 2020 until February but that leads to trouble in many ways. Colleges would lose some of their athletes to graduation in December of 2020, and if they want to finish out their senior season, they would have to enroll back into college for a 5th year, potentially losing their scholarship. The second trouble that a postponement until February would lead to a lot of consequences financially for leagues above the NCAA.

The NFL Draft would have to be moved to a later date which messes with the entire offseason program for the NFL. I highly doubt the NFL will be willing to move their entire offseason calendar just for college students to finish their collegiate career. It would also affect the Summer Olympics that was also postponed. Majority of the athletes representing the United States are in college. Having college students rush through their season from February to May, and the next month heading to Tokyo for the Olympics would put their bodies in danger, and it wouldn’t give them enough time to prepare and train for such a historic event.

College athletes in the Olympics would be on a rollercoaster of a season as they would finish up their college season in May, head overseas without the proper training: physically, mentally, and adjusting to their sleep schedule. It would put them through a lot of stress for an entire year after not being able to do anything for months. Thirdly, the NCAA’s last plan would be to hold the fall sporting events as scheduled, but without any fans. Holding sporting events in the fall without any fans would be the last, and worst case scenario for the NCAA as fans drive in the revenue for these programs, and for these communities, but what about CUC? How can CUC and the rest of Division III athletics compare?

CUC and the rest of Division III athletic programs could still find a way to play their season as a whole. There isn’t a comparison to the revenue a Division I team makes to a Division III team. Texas A&M Athletic Director, Ross Bjork, told NBC Sports that last season the Texas A&M football team generated $44 million just on ticket revenue alone. Powerhouse programs, and big universities need fans to survive and to keep that “powerhouse” label.

CUC doesn’t need that. Concordia University Chicago’s revenue in the athletic department isn’t keeping the River Forest community alive unlike Louisiana State University in Baton Rouge or Texas University in Austin. CUC’s athletes can play and finish out their season without any fans, and they can survive. Would it be safe for the athletes? The student athletes may not have a choice in the end. Colleges and Universities are waiting to hear if their students can even come back to school. If the United States, and the National Institute Of Health, allows students of all grades to return to schools, and face-to-face lectures can continue as normal, it will be a sign that things are looking better, and that we’re at the end of this dark COVID-19 tunnel.

Time will tell for all things relating to the COVID-19 pandemic. If college students can’t return to their school life and will have to learn through the e-learning device then all of this is put to rest. If college students are able to live on campus then the possibility of student athletes playing sports is still alive, but if student athletes remain home, so will the fans, and so will collegiate sports.